Devoted to your service 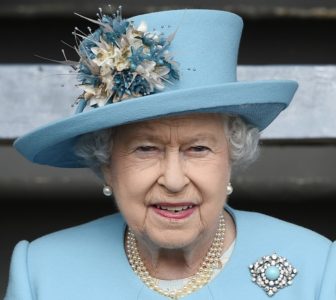 The 21-year-old princess who spoke from South Africa to say – “I declare before you all that my whole life, whether it be short or long, shall be devoted to your service” – has now served our country and Commonwealth as Queen for more than 60 years, and the weekend of 10–12 June will see many things happening to honour her 90th birthday.

As someone described by A. N. Wilson as “an unobtrusively devout woman whose Christian faith is central to her life” one of the celebrations that will undoubtedly be very significant to her is the publication of The Servant Queen – and the King she Serves by HOPE, the Bible Society and the London Institute for Contemporary Christianity. This 64-page tribute uses her own words to draw out the importance in her life of her faith in Jesus, and in her foreword to the book, the Queen acknowledges the role her faith has played in the many years of her service as monarch.

Yemi Adedeji, HOPE’s associate director, says: “Let’s bring our communities together to give thanks to God for Her Majesty’s life of service to the Commonwealth. And let’s pray for her, as she has asked us to do since before her coronation.”

In times when nothing stood
But worsened or grew strange,
There was one constant good
She did not change.