Thought for the month 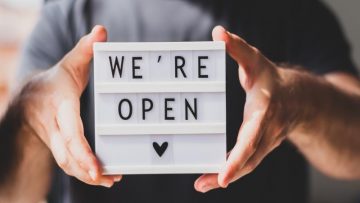 At our joint service on Advent Sunday, Michael Paterson reminded us that “for Christians, Advent marks the time of waiting for God to interrupt history with a divine revolution that turns the status quo on its head and shakes everything up” and illustrated from history how both Methodist and Episcopalian churches made a difference to their communities. His sermon, which we encourage you to read in full at this link, concluded:

This Advent, I have a deep longing for our community – for the people of Rosyth – to know that the doors of this church are not closed, that this church is very much open, very much alive and kicking, and not just on a Sunday when they see cars coming and going.

But I want them to know that we are open because we have earned a reputation for doing what Jesus did, for rolling up our sleeves and mucking in with what’s going on around us, for supporting all those who are in need, and for doing whatever it takes to know that their lives matter.

This Advent I long for the community around us to know without a shadow of doubt that this church is very much open because we match every hour spent in church with an hour spent in community service, every hymn we sing with some practical expression of our faith, every baptism with some act of radical inclusion, and every act of communion with food for the poor.

So how about it friends? This Advent, let’s honour the legacy our Methodist and Episcopalian forebears have left us. Let’s make them proud of us. But above all let’s honour God by doing our little bit, this Advent, to help his kingdom come.  Amen. 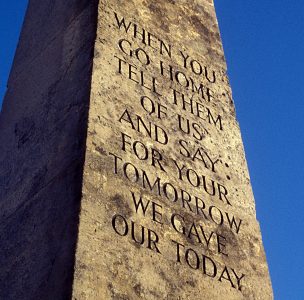 Our thoughts last Sunday – Remembrance Sunday – were led by Adrian Masson, whose reflections were inspired by some of the poetry at the core of the Act of Remembrance that had formed the first part of our service.

Adrian spoke of his personal experiences … “the outcomes of conflict are hugely stressful, sometimes horrific and difficult to comprehend. When I was at sea I belonged to the Naval Christian Fellowship [whose watchword was] the text from Proverbs 3:5 ‘Trust in the Lord with all your heart and lean not on your own understanding’ – a verse I often had to remind myself of as events in the South Atlantic and the Gulf unfolded.”

He went on to reflect on the way that “war waged against the civilian population …has become as much a part of modern warfare as the conflict on the front-line.” “… we should also reflect on the breadth of mankind who have been, and are still being, affected by the horrors of war.”

His final thought was about us, as “those living the tomorrow for which others gave their lives. And we are fighting many battles, but thankfully at the moment ones that challenge us in different ways. As the events of the last two weeks have acutely reminded us, we live on a planet that desperately needs our love and care if it is to serve the tomorrows of our children and our children’s children as well it has served us. We live in a world that increasingly creates military, political and religious tensions and these are very real. Others are drawing up the strategies and plans of combat of which we, maybe unwittingly, are a part. So perhaps we are now the soldiers in the trenches of a very different battlefield but still have an important role to play.

“Hundreds of years before the birth of Christ, Isaiah wrote to the embattled nation of Israel: ‘So do not fear, for I am with you; do not be dismayed, for I am your God. I will strengthen you and help you; I will uphold you with my righteous right hand.’ Isaiah 41:10 (NIV)

“These words would have helped sustain generations of Christians struggling with conflict over the centuries and I hope will sustain us too in whatever struggles lie ahead.”

You can read the whole of Adrian’s address at this link.

This picture of a war memorial in Westbury-on-Trym, was taken in 2005 by Bob Brewer of Bristol: see this link for the original image from which this has been cropped. 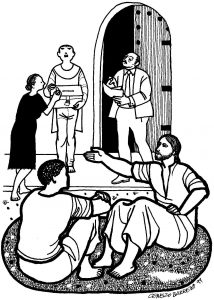 At this morning’s eucharist, after we had sung the hymn “All for Jesus”, Michael Paterson shared the uncomfortable reading of today’s Gospel from three different perspectives – as a priest; as a politician at COP26; as church folk – before offering an alternative ‘good news of our Lord according to the poor of our world’.

“Speaking personally, I would rather someone else was preaching today and I was sitting where you are. Because underlying today’s gospel are two piercing questions which challenge me to the core. The first is this: Am I a part-time or a full-time Christian? And the second is: Am I a person of religious words, or am I a person of Christian action?

“And what about you? Are you a part-time or a full-time Christian? And are you a person of religious words, or a person of Christian action?

“Let’s stand and sing the hymn together and make it an act of commitment and renewal.”

We did that, and then joined in the Creed for the Planet that you’ll find at this link.

Do read the whole of Michael’s sermon at this link.

Something to hold on to 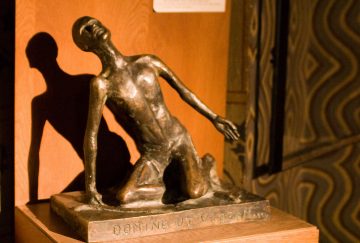 In the portion of Mark’s Gospel that we read at our recent Joint Communion Service, we found Jesus surrounded by his disciples and curious followers, but his attention is drawn to the shouts of a blind man who recognises a special power and presence near him. In his sermon Eddie Sykes commented:

The others want to silence Bartimaeus, but Jesus calls him to draw near, and asks, “What do want me to do for you?” Consistent with the high priest image in Hebrews, we too discover that Jesus can do something for us. This is not a “I want a million pounds” kind of request; it is more a “Jesus, please help me to follow you more faithfully”, or “Jesus, help me to understand what you want to do with my life” type of request.

Do we see Jesus able to use us in whatever situation we are in?

Some people hide behind busy schedules or justifications of their own creation as excuses for only living what might be termed ‘half-lives’.

Sometimes we really do not want the freedom to serve God openly because what lies ahead is unknown. Bartimaeus gives us inspiration and courage for the changed outlook that such a kind of freedom requires.

It’s not so much that we’re afraid of change or so in love with the old ways, but it’s that place in between that we fear … it’s like being between trapezes. There’s nothing to hold on to.” (Marilyn Ferguson)

You can read the whole of Eddie’s sermon at this link.

The illustration of “Lord, that I might see!”, a 1970 sculpture in Matyas Church, Budapest, comes from “Art in the Christian Tradition”, a project of the Vanderbilt Divinity Library, Nashville.

God looks after our needs 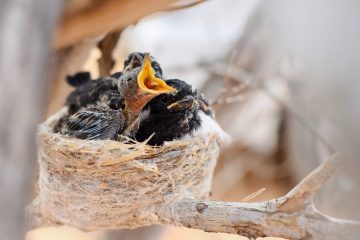 It was wonderful to be able to share in our Harvest Festival service on 26 September – the first time that our Local Ecumenical Partnership has worshipped together for over 18 months! Our service was led by the Rev Eddie Sykes, who had adapted a special liturgy from the Iona Abbey Worship Book and the 2021 Abingdon Worship Annual so that we could really focus on the meaning of harvest as well as enjoying singing some traditional seasonal hymns. The prayer that followed the sermon reflected on the Gospel reading (Matthew 6:25–33):

Look at the birds of the air.
They fly free of our worries:
no fields to weed and harvest,
no barns to fill.
And yet God feeds them.

Consider the lilies of the field.
They grow free of our worries:
no clothing to buy, no shoes to match.
And yet God clothes them in splendour.

So do not worry. Do not fear.
God knows our needs.
We will eat in plenty!
We will be satisfied!
Rejoice! God looks after our needs.

You can read all the prayers Eddie used at this link.

Photo by Marty Southwell on Unsplash.

these are all COVID-compliant services